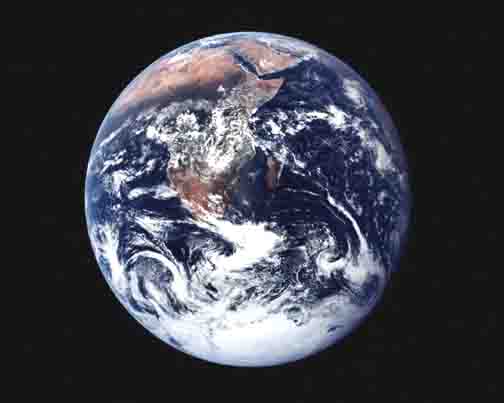 Have you noticed that there seem to be more natural disasters on earth today?

Earthquakes are increasing in number and intensity. Hurricanes, typhoons, floods, famines, fires, and other natural disasters are in the news daily.

Not only this, but things are heating up politically and economically around the world.

Regimes rise and fall right and left. Economic and financial infrastructures of the global money supply are being rocked as never before. People shoot and kill innocent victims in crowded movie theaters for the joy of it.

More and more things like this are happening every day. If you are a Christian and know the Scriptures, you know that these trials signal the beginning of the end.

Is God up to something?

In Matthew 24:1-14 Jesus talks about the end times to the disciples. This passage occurs during the last week of Jesus’ life. He goes to teach every day at the Temple in Jerusalem with the disciples.

On one of the days, the disciples notice and remark at the incredible temple structures. They know Jesus is the Messiah and that he will be setting up his kingdom soon.

Thinking they will be part of that with him, maybe they have plans and are looking forward to ruling from the architecturally magnificent buildings. They draw Jesus’ attention to the buildings, but Jesus says something that blows their minds.

He says that these buildings and the Temple will soon be destroyed. To a Jew, this was the end of the world! They could not conceive of a world without a Temple.

They, like us as we contemplate the events of our time, wanted to know when it would happen.

Jesus proceeds to tell them that things will get worse and worse before the end, just like we are experiencing today. He then tells them not to be deceived, not to worry, and to be ready.

Verse 14 has the key, however, to what really signifies the end times. He says, “This gospel of the Kingdom will be preached in the whole world, and then the end will come”.

In other words, the real sign of the end times is yes, the increase of wickedness and tribulation, but more than anything, the sign of the end will be a great revival in the whole world. More people will be brought into the Kingdom in the last days than any other time in history!

This is happening now!

Around the world, though you don’t hear of it in the mainstream press, those putting their faith in Jesus are increasing exponentially in number. From China, to India, to Africa, to Latin America, even to closed countries in the Middle East, revivals are going on right now that are unprecedented!

We need to be praying for and involved in what God is doing around the world. We don’t need to worry or be afraid, but be glad! God is doing something in the world! Jesus is coming back soon!